In the footsteps of Matteo Ricci (1)

In the footsteps of Matteo Ricci (1)

The arduous path of tolerance

Father Francois Pallu and his companion Lambert de la Motte followed Monsignor Nickel through the intricacies of the Vatican corridors. Pallu was anxious, Brother La Motte said nothing. They knew that day would mark the rest of their lives.

—When we enter there, say nothing —said Monsignor Nickel.

Goschwin Nickel, the Superior of the Company of Jesus since 1653, was an old man of 74 born in cold Westphalia. In his long life he had suffered the horrors of the Thirty Years War and the quarrel with the Jansenists, of which the Company had gone very badly. Eleven years ago Pope Innocent X, pressed by Dominicans, Franciscans, Augustinians and the Spaniards, had decreed that the rites to the ancestors of that Cathayan called Confucius were contrary to the Christianity. The fortunes of the Company in the Far East had suffered much because of that ban. 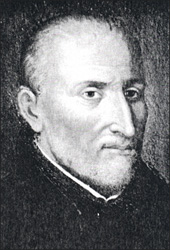 Brother Pallu felt a great sorrow in his heart. Since novice, he had admired the adventures of Father Ricci in Cathay and through the dictionary of Fathers Matteo Ricci and Michelle Ruggieri he had spent years learning those beautiful strokes Cathayans make. Youth wants to see the world. To evangelize the gentiles overseas was a good prospect but, if the ban on the rites was not lifted, the journey would not be possible.

A man appeared on the threshold of the entrance. He wore the cardinal toga with elegance; he had a graceful body, although he was in his early fifties.

—His Holiness awaits you.

—And we thank thee for this meeting, your eminence —said Superior Nickel. It was a surprise. Cardinal Antonio Barberini had been reappointed as prefect of the Sacred Congregation for the Propagation of the Faith. That meant the new pope had restored to the Barberini house the power deprived by Innocent X. The hand of Cardinal Mazarin was there.

Prostrated in that room any one felt small, not for its sheer size but for the luxury and the preciousness that it lodged. Fine tapestries on the walls, wrought gold, polished wood and candelabras larger than a man, though only one had its candles on.

—Expose this demand of yours, we hear —said Barberini to Father Nickel in a soft compelling voice.

Goschwin Nickel explained briefly the desirability of considering that the rites of Confucius to honour the ancestors were compatible with the Faith. The Superior of the Company of Jesus spoke wisdom and eloquence but he hesitated to whom to address. A shadow stayed silent in the dark corner.

Antonio Barberini listened calmly as he tugged the fine moustache that adorned his attractive countenance. The Sacred Congregation for the Propagation of the Faith he ruled again was in charge of the diffusion of the Catholic doctrine throughout the Orb and cared for the rigour of the Christian teachings made beyond the seas. Barberini was also Archbishop of Reims, a patron of the arts and a soldier. 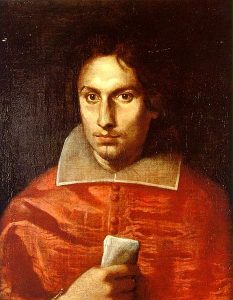 —You shall agree, Father Nickel, that Father Alessandro Valignano, the Company visitor in Asia at the time of Father Ricci, was a man of great talent. And Father Valignano said Indians are corrupt and dirty people, unable to work and to be of any benefit. Of the Japs of Cipango he said they are pirates and warriors. The tragedy of Nagasaki confirms these conclusions. Twenty-six Brother monks crucified. It was six decades ago and the pain still hurts. Cipango is lost. Amongst so much iniquity, why should we compromise with the Cathayans?

—Cathay is enormous, your eminence, so huge that the mind cannot conceive it —the Company Superior replied—. Their cities are more populous and cleaner than those of Europe, with paved streets where weapons are banned, their people are learned, their food is tasty and their artefacts have a lot of science.

Father Nickel had been able to see Father Ricci’s last years and could convey some of his sentiments.

—That tendency to cowardice could be harnessed by others —said Barberini—. We have evidence that Spaniards might consider to invade Cathay from the Philippines.

—And it would be a great calamity for them.

—If Cathay was Christian, Spaniards would have no motive —added Nickel—. It was Father Ricci’s vision.

—Father Ricci, Father Ricci —sounded a faint voice in the dark corner—. We have also read the prodigious acts of Father Matteo Ricci.

—I beg forgive thee the vanity of this serf of God —said Father Nickel.

Moments of severe silence followed. The Company Superior was baffled. He was afraid of Pope Fabio Chigi because Pope Chigi was a total enigma. Goschwin Nickel was a wise man and for him everything should have a logical structure. In the Company disputes no one could match Nickel’s ability in debating, but the new pope—barely one year into the post—baffled him. They said that Pope Chigi was coming to regenerate mother church and that he repudiated nepotism and he loved austerity. Rumour had it that he worked in a room full of skulls and that he slept on an iron-like hard bed. But the luxury of that large room and the favours he had already given to his own brothers and to the House of Barberini hinted that the new pontiff was just the opposite of what people said of him.

—Say, our dear and well-appreciated Monsignor Nickel, why should we discuss a question that was settled just eleven years ago?

Pope Ghigi rose and began to caress a golden candlestick.

—Are we better than our illustrious predecessors? Will we speak wiser than they did?

—There are beliefs that were incomplete in the past. Mathematics was not correct before Euclid arrived, and Aquinas came to complete…

Pope Chigi lifted the palm of his hand and Nickel shut up.

—Tell us, Father Nickel, are the astronomers of the Company learned?

A drop of sweat fell down the front of the Company Superior.

—What do you think of Copernicus, Monsignor?

For a moment Goschwin Nickel stayed livid. Brother La Motte made a hint to help him but the good old man pulled himself together. Before being Pope Alexander VII, Fabio Chigi had been the inquisitor of the island of Malta, the rock in the middle of the Mediterranean, land of the Knights Hospitaller of the Order of St. John of Jerusalem, bulwark of the resistance against the Turk. Old Father Nickel swallowed saliva and put a face of resignation. If the answer was not the appropriate, the consequences would be serious.

—Tell me, do you think Copernicus was right? Do you think the Earth turns around the sun?

–God forbid we were to fall into such confusion —Nickel hastened to answer—. It is well proven that the Earth is the centre of the universe.

Father Nickel made a great effort to kneel before the pontiff’s feet. The Pope smiled calmly:

—So, if it has already been proven that Copernicus was wrong, why should we discuss something that is also proven wrong by our predecessors?

—Your Holiness, this man who speaks to thee is old and of poor understanding. We only know that Father Ricci’s tolerance of Chinese rites came from love. Because our Brother Matteo Ricci loved China and his people and reached to the depths of their souls. Cathay is not land of savages; it is not land of people without faith. Father Ricci realized that China is an advanced, literate and hierarchical society, unlike what Europeans have seen in the other Indies. Father Ricci learned that in China coexist three religions that in many cases they are complemented: Buddhism, Confucianism and Taoism. Matteo Ricci knew that none of these religions has a definite cosmology. Buddhism does not define the figure of a god as the Christian God. The Taoism, which is the indigenous religion of China, says that the Tao that can be spoken is not the Tao, which is not contradicted by our assertion that God is what he is.  Finally, Confucianism is not transcendent and many believe that it is not a religion but rather a rule of good practices. Ricci saw that the central part of all Chinese rites was the cult of the ancestors, which is good for a Christian. For Ricci Christianity completed and gave coherence to the entire religious fabric of China. He translated the word God as Tianzhu (Lord of the heavens in Pinyin romanization).  For Brother Matteo Ricci, God completes the millennial tradition of that land. Our Brother Ricci was accepted among the elites of that distant world, and so much appreciated that they even gave him a piece of land so that he could rest until the Day of Judgement. Later, when our Dominican Brothers came from the Philippines, they mingled with the people and determined that the rites to honour the ancestors were pagan and thus the doors were closed to us. We come here to open those doors again.

—We know that, Monsignor, we know that. Now let us rest.

—You will soon know our decision, Monsignor —added Antonio Barberini.

Goschwin Nickel came out heartbroken the papal quarters. Brother Pallu and his companion La Motte knew there was not much hope. 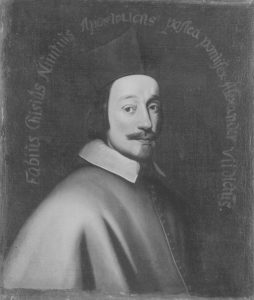 Three months later, the Brothers of the Company Francois Pallu and Lambert de la Motte departed to Indochina with this mandate of the Holy Congregation for the Propagation of the Faith:

«Do not act with zeal, do not make arguments to convince these people to change their rites, their customs or their uses, except if they are evidently contrary to religion and morality. What can be more absurd than bringing France, Spain or Italy, or any other European country to China? Do not take our countries but faith, a faith that does not repudiate or injure the rites or uses of people, as long as they are not disgusting, but preserve and protect them. »

Neither Goschwin Nickel, nor Francois Pallu and Lambert de la Motte lived to see the enactment in China of the Edict of tolerance of Christendom.

Europeans are very quiet, they do not provoke riots in the provinces, they do not harm anyone, they do not commit crimes and their doctrine has nothing to do with the sects of the Empire nor shows seditious tendencies. That is why we decided that all the temples dedicated to the Lord of Heaven must be preserved and that all those who want to worship that God must be allowed to enter into them, to offer incense and to celebrate ceremonies according to the ancient customs of the Christians. Therefore decree that no opposition is presented to them.

Signed, Kangxi, the son of heaven.

The edict elevated Christianity to a status of equality with Confucianism. Tolerance, which is very different from indifference, had taken a giant step. And Pope Alexander VII decreed that Copernicus was right. 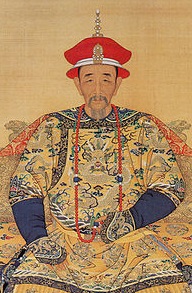 Kangxi, The Son Of Heaven

But before long everything twisted. Clement XI decreed again that the teachings of Confucius went against the Christian doctrine in 1705. The Emperor Kangxi, cosmopolitan and reformist, passed. Conservative Qienlong arrived, China embarked on a sad path of wars, cruelty, decadence and dehumanization. After centuries of disagreement, in 1939, Pius XII decreed that the Confucian teachings and the cult of the ancestors were compatible with Catholicism and Vatican II ratified what had already been approved by Pope Alexander VII in 1656.